We are committed to providing an unparalleled level of quality service and excellence. Our leadership team promises to deliver an experience that is genuine and authentic to the high ethical standards and celebrated traditions of Biltmore Farms since 1897. 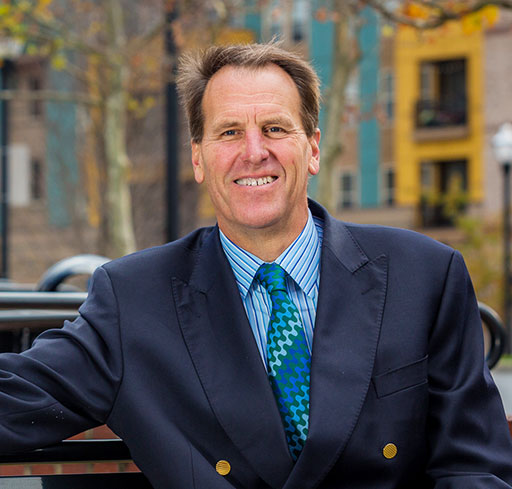 John “Jack” Cecil joined Biltmore Farms in 1984, serving in various capacities until being named President and CEO in 1992. Along with his father, George H.V. Cecil, Biltmore Farms has focused its efforts on community building, through developing an extensive portfolio of real estate projects, including a regional shopping mall, a mixed-use urban village, master planned communities, corporate offices, hotels, apartments, medical office buildings, and over 1,000 homes. Prior to his tenure with Biltmore Farms, Cecil was Assistant to the President at Foremost McKesson International in San Francisco. As a steward of economic development across Western North Carolina, Cecil serves as Chair and member of the National Advisory Board of the Institute for Emerging Issues, Governor for the Urban Land Institute Foundation, and is on the Board of Directors of the Research Triangle Foundation of North Carolina. Cecil also holds the position of Chair for the WNC Regional Advisory Board of Wells Fargo Bank, N.C., Trustee of the Duke Endowment, Vice Chairman of Dogwood Health Trust, Director of myFutureNC, and Director of Barron Collier Management, LLC. Cecil received his Bachelor of Arts from UNC-Chapel Hill and a Masters in International Management from the American Graduate School of International Management (Thunderbird). Cecil and his wife, Sarah, have been happily married since 1993 and they have four sons. 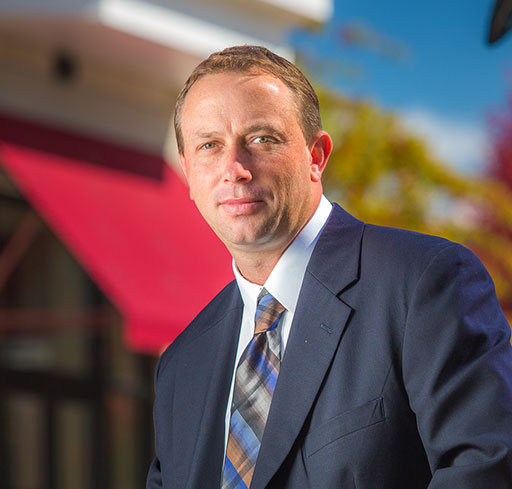 Prior to joining Biltmore Farms in 2005, Lyle Johnson earned his bachelor’s degree from New Mexico State University. Johnson began his career in Finance in 1998 working for Security Capital Group where he was responsible for analyzing more than $23 billion in real estate transactions. In 2002, Johnson continued his career in finance at GE Capital where he was responsible for all financial aspects of a $5.3 billion real estate portfolio. Prior to Johnson’s appointment as Chief Financial Officer of the Company in 2016, he served as the Vice President of Finance for Biltmore Farms from 2007 to 2016, deepening his more than 18 years of experience in financial accounting/analysis, strategic planning/forecasting for commercial and residential real estate as well as developing and maintaining solid lender relationships.   Johnson continues his service as President of the Biltmore Lake Homeowners Association Board since joining in 2007, is a member of several other Residential Associations, is a member of the Western Carolina University MBA advisory board, and is a graduate of Leadership Asheville Class 33. 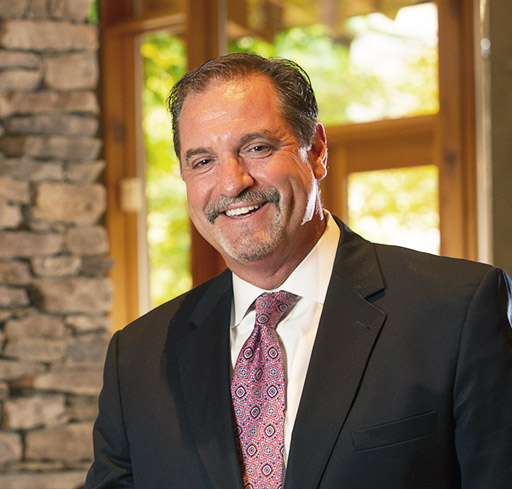 Brad Galbraith joined the Biltmore Farms team in 2010 after serving as the Chief Operating Officer for Beverly-Hanks & Associates and as the Chief Development Officer for Kimmel Development Group. Before acquiring more than 30 years of experience in real estate development and marketing, Galbraith earned a Bachelor of Business Administration degree from the University of Texas─Arlington. Galbraith has held numerous leadership roles within the local community, including serving as the past President of the Asheville Board of Realtors and serving on the City of Asheville’s Downtown Commission. He currently serves on the Board of Directors for the Asheville-Buncombe County Economic Development Coalition, a public-private partnership between the Asheville Chamber of Commerce, Buncombe County and the City of Asheville. He is an active member of the Asheville community and volunteers with many local non-profit organizations. 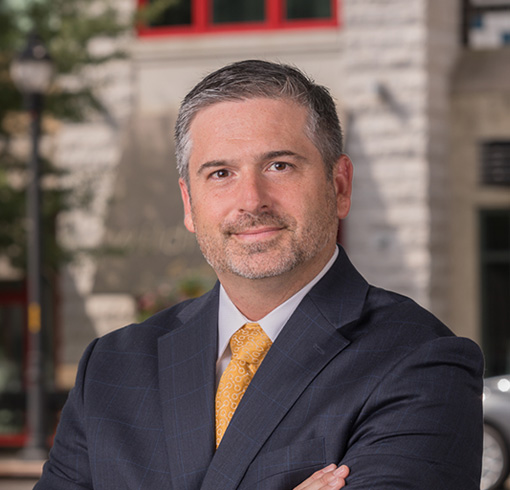 Ben Teague joined the Biltmore Farms team in 2018 after serving as the Executive Director of the Asheville-Buncombe County Economic Development Coalition (EDC) for more than nine years. His focus at Biltmore Farms is crafting and executing strategy to turn real estate and relationships into capital investment and jobs for the community. Throughout his career, he has placed more than 60 economic development projects and over $1.5 billion in capital investment in multiple states. Ben’s work has been featured in Forbes, Fast Company, Wall Street Journal, Popular Mechanics, National League of Cities Case Study, Business Expansion Journal, and Trade and Industry Magazine. In 2017, he was named one of North America’s Top 50 Economic Developers by Consultant Connect and received Development Counselors International’s Top 40 Under 40 award. He led the Asheville-Buncombe County EDC team to become one of 50 Accredited Economic Development Organizations (AEDO) in the nation. Ben earned his Bachelor of Business Administration degree from Mississippi College and a Masters in Business Administration from the University of Mississippi. He has completed the University of Oklahoma’s Economic Development Institute and earned the Economic Development Finance Professional (EDFP) designation from the National Development Council. 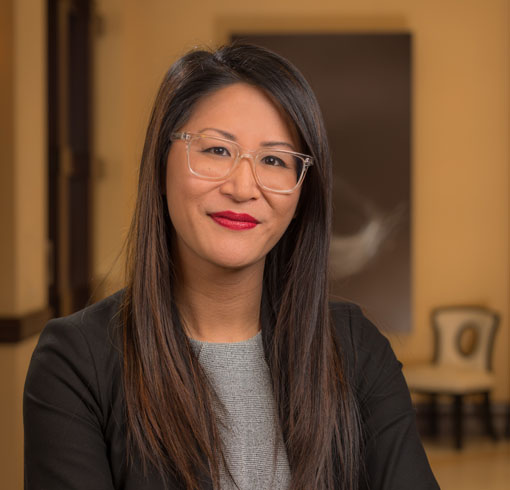 Carol Steen joined Biltmore Farms in 2019. Prior to her service with Biltmore Farms, Steen was Director of Human Resources for the Mountain Area Health Education Center, Inc. where she saw the organization succeed through significant workforce growth and expansion of healthcare programs in rural western North Carolina. Steen serves as President-elect of the WNC Human Resources Association, Board Member of the Asheville Area Chamber of Commerce, and Board Member of Asheville Museum of Science. Steen has also volunteered her time with local board of director positions with the WNC Diversity Engagement Coalition, Young Professionals of Asheville, and World Camp. Steen received her Bachelor of Arts in Management in Society from UNC-Chapel Hill, a Master of Business Administration with dual-concentrations in Finance and Management Consulting from North Carolina State University’s Jenkins Graduate School of Management, and a Certificate in Human Resources Management from Duke University. She is dual-certified as a human resources professional from the HR Certification Institute and Society for Human Resources Management. Exemplified leadership and her dedication to the field of human resources contributed to her being featured in the Triangle Business Journal as a 2009 MBA Game Changer. More recently, she was listed on Verve Magazine’s Top 30 Under 30 List and Biltmore Beacon’s Top 40 Under 40 Emerging Leaders. 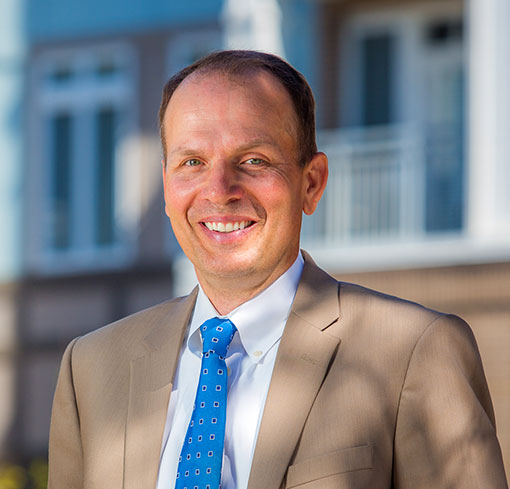 Lee oversees all phases of development and construction for Biltmore Farms’ commercial projects as well as the company’s homebuilding operations. During his tenure with Biltmore Farms, some of his notable projects include the commercial expansion at Biltmore Park Town Square, The Parkway Center’s Fresh Market, The Ramble’s Living Well Center and Longmeadow Park, the DoubleTree by Hilton Asheville-Biltmore expansion and renovation, the Residence Inn Biltmore remodel, the new construction of the Hampton Inn & Suites Asheville-Biltmore Village, along with residential community development within The Ramble and Biltmore Lake. He earned a Bachelor of Science degree from Clemson University’s College of Architecture and a Master’s degree from Auburn University’s College of Architecture, Design & Construction. Thomason is on the Board of Directors for the Black Mountain Home for Children, Youth and Families and previously served as Chairman of the Western North Carolina Public Lands Council.